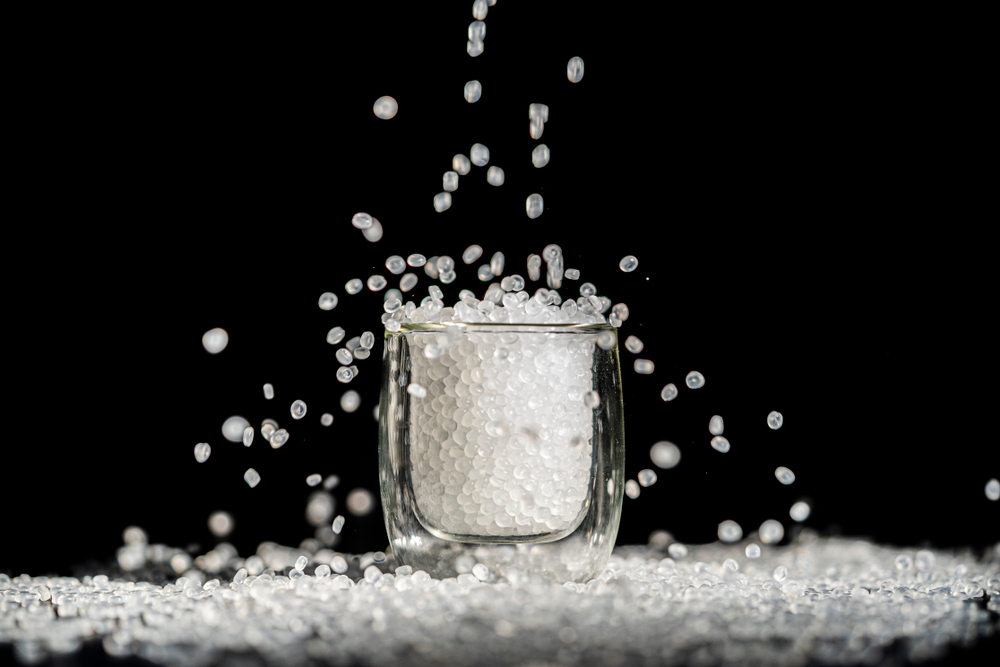 It has long been feared that a major hurricane making landfall at Galveston and traveling up the I-45 corridor to Houston would wreak havoc on the county’s chemical industry, supply chain and logistics. It is ironic that when this worst-case scenario actually occurred, it was caused by a freeze and not a major hurricane. Abnormally cold temperatures brought the Gulf Coast to a virtual standstill the week of February 15.

One commodity hit especially hard was the high-density polyethylene (HDPE) pipe market. This strong yet flexible pipe, used in many industrial applications, is produced by high-end, specialty manufacturers from a unique plastic resin mix. The supply situation for this resin was not great to begin with: there was already a plastic resin shortage due to increased use in Latin America, which took a large part of the supply off the market. Many manufacturers were placed on immediate allocation and most have been able to just keep up with demand.

Plastics Technology described an increase in resin demand in a January 7 post: “Going into 2021, prices of the five volume commodity resins seem set to continue their upward march, at least for now. Driving this trajectory were higher feedstock costs, supplies tightened by production outages, and healthy domestic and export demand for all of these resins but polystyrene. In some cases, most notably polypropylene, suppliers aimed to push through non-feedstock-related price increases to boost their profit margins.”

The Gulf Coast cold snap only exacerbated the HDPE resin shortage. As soon as weather and power outages hit, more than 90% of material production capacity in the Gulf Coast was knocked offline, equating to over 80% of production capacity in the US. The chemical plants that produce the feedstock (ethylene and ethene) needed to produce the resin were hit hard as well. PlasticsExchange noted the normally warm petrochemicals-laden region was ill-prepared to withstand freezing temperatures and sheets of ice, which affected critical refineries, pipelines, steam crackers, resin reactor systems, the power grid, import/export terminals and area logistics. Logistics problems due to the freezing temperatures all but shut down the state for several days, including the Port of Houston, rail services, resin warehouses and highways.

The inability to produce caused resin manufacturers to enact force majeure. Force majeure essentially frees both parties from liability or obligation when an extraordinary event or circumstance beyond the control of the parties, in this case extreme weather conditions, make it difficult or impossible to carry out normal business and prevents one or both parties from fulfilling their obligations under the contract. In practice, most force majeure clauses do not excuse a party's non-performance entirely, but only suspend it for the duration of the force majeure.

With the base supply gone, resin manufacturers put all suppliers on allocation, releasing only so much material per day or week. “With very little replacement material to be had in the secondary market, resellers are selectively doling out material mostly to loyal customers and new opportunities that could become long-term relationships. Polyethylene supplies remain incredibly tight,” reported a post from Plastics Today.

This put most manufacturers in a bind if they oversold capacity and were forced to buy resin on the spot market at higher prices. This may continue for at least 60 days, into mid-year. Backlogs will grow, forcing resin demand even higher. The result: renegotiated pricing, searching for alternative sources of resin, quote validity shortened to 24 hours to five days and some manufacturers no longer taking orders.

When will the situation improve? A March 18 post from Plastics Today reported “while resin production is definitely moving back in the right direction, given the extreme shortages, any new production hiccups could compound the situation further. That said, the PlasticsExchange is hopefully optimistic that relief is on the way, perhaps in the latter part of the second quarter.”

The same situation occurred during Hurricane Harvey in 2017, when flood water knocked resin and base material out of the supply chain. This forced many manufacturers to firm up pricing and attempt to keep supply on hand.

Extreme changes in the weather further emphasize the need to weatherize chemical and manufacturing facilities, whether from high water resulting from hurricanes or freezing cold. Switching to high-density polyethylene HDPE pipe when winterizing, weatherizing or upgrading infrastructure is one solution. A recent post from United Poly Systems listed the many benefits HDPE has compared to rigid pipes such as ductile iron, cast iron and PVC.

United Poly Systems produces quality HDPE pipe in diameters from ¾-in. to 26-in. IPS and 4-in. to 24-in. DIPS for use in many industries including telecommunications, power utility, water, electrical and oil and gas.

Conveniently located in Springfield, Missouri and Albuquerque, New Mexico, United Poly Systems can provide quick delivery to a majority of the U.S. market.