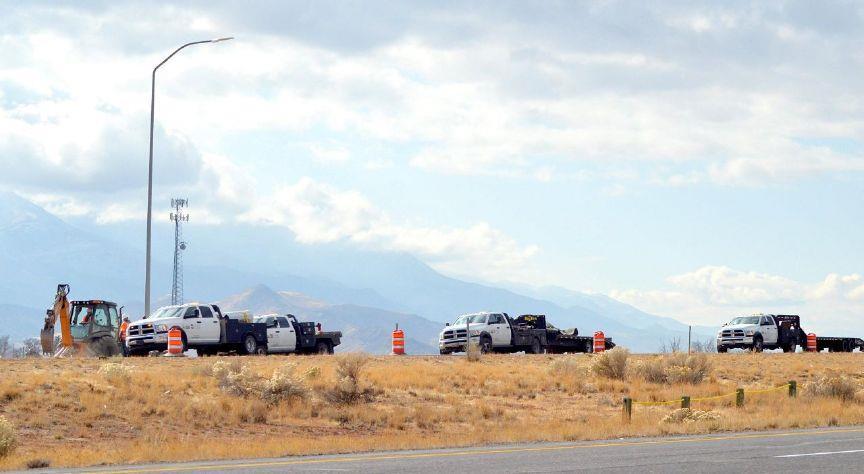 South Central Communications, Utah, is an ILEC, Independent Local Exchange Carrier, that provides broadband services in rural areas of Utah. They were engaged on a project for American Technology Inc. to install fiber cable for the USDOT I-70 Project (Utah Department of Transportation). This large telecommunications project funded through the CARES Act involved fiber cable installation for which UPS provided 1.4 million feet of 1¼-in. High Density Polyethylene (HDPE) conduit.

The team at United Poly Systems leveraged its distributor partnership with Irby to submit a proposal and win the contract. Requiring project completion by the end of 2020 the main challenge was finding a supplier who could meet the short lead time so project work could begin. South Central Communications put United Poly Systems on a tight deadline to manufacture and supply the conduit for immediate delivery.

In South Central Communications’ application, the fiber-optic cable is inserted in the HDPE conduit. The communications conduit must be strong and flexible—but rigid enough to protect the integrity of the fiber cable—and easy to install.

Once proposal was signed, the team at UPS sprang into action. With raw material already on hand, production lines at two separate manufacturing facilities were started. The initial shipment of two truckloads of conduit was delivered on site in five days and the entire order of 1.4 million feet was delivered to Salena, Utah within three weeks.

During the project, eight separate HDPE conduits were pulled into the duct bank simultaneously, necessitating eight different identifying colors. As part of the manufacturing process, UPS color coded the black conduit with different stripes to differentiate the conduit.

“For the South Central Communications project, we relied on UPS to provide the large amount of HDPE conduit that was needed to install the fiber cable,” commented Nate Sanchez, Outside Sales, Irby. “They are a great partner to work with. They had the raw material in stock so they could start the manufacturing lines immediately. The initial shipment was delivered in just days. Their two manufacturing centers meant the large order was completely delivered in three weeks. The customer was very pleased with their process.”

United Poly Systems produces quality HDPE pipe in diameters from ¾-in. to 26-in. IPS and 4-in. to 24-in. DIPS for use in many industries including telecommunications, power utility, water, electrical and oil and gas.

Conveniently located in Springfield, Missouri and Albuquerque, New Mexico, United Poly Systems can provide quick delivery to a majority of the U.S. market.