What Does the Infrastructure Bill Mean for the HDPE Market? 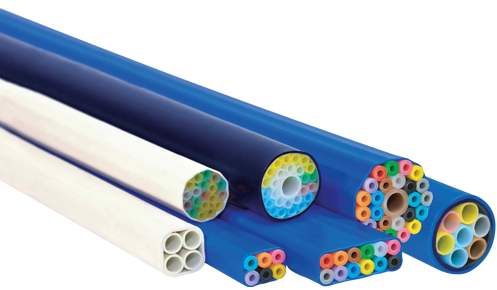 On November 15, the $1.2 trillion infrastructure bill was signed into law. The bill is designed to upgrade the nation’s infrastructure over the next five years and includes new investments in the transportation, energy, water and telecommunications industries. U.S. infrastructure is in need of an upgrade: the American Society of Civil Engineers gave it a grade of C- in the 2021 infrastructure report card. Almost half of the U.S. population does not have access to broadband internet at home, and nearly 22 million homes get their drinking water from lead pipes.


The Infrastructure Bill by the Numbers

Schools, workplaces and healthcare are just a few of the aspects of daily life that moved online during the pandemic. But nearly a quarter of the nation does not have access to broadband internet at home, leaving many citizens offline and out of touch. The infrastructure bill aims to change this by expanding broadband access across the country, particularly in rural and underserved areas. In an earlier blog post, we highlighted one of these broadband upgrade projects in Utah.

HDPE conduit plays a critical role in supporting the broadband network. Conduit is used as a raceway to house underground fiber optic and broadband cables. Microduct is versatile and useful for fiber optic applications, as it can house multiple fiber cables. Plastic pipe is durable, low-maintenance, and can be easily installed without significant environmental disruption.

Renewable energy sources like electric vehicles, geothermal and wind turbines are growing in popularity as a clean alternative to fossil fuels. The infrastructure bill includes funding for electric buses and ferries and additional electric vehicle charging stations. However, the nation’s electrical grid must be updated to support the subsequent increased electricity demand. The infrastructure bill will support modernization of the U.S. high-voltage electrical grid.

HDPE conduit houses underground cables for electricity transmission and renewable energy applications like wind turbines. Plastic conduit can store high-voltage lines and keeps electrical cables safe from corrosive environments and natural disasters. It is flexible, will not rust or corrode and has a long service life.

Throughout the U.S., drinking water is transported in lead pipes. The lead from these pipes can leach into water, potentially causing brain and organ damage to anyone who drinks it. Remediating the more than 6 million lead service pipes is a key part of the infrastructure bill, particularly in disadvantaged communities.

Polyethylene pipe is a safe alternative to lead pipes. HDPE does not rust, leak or corrode, and is resistant to bacterial growth. The pipe-bursting method for replacing old lead or cement pipes is well-established. Other installation methods, like trenching and horizontal directional drilling, can also be used for potable water applications.

Connecting the Country with Conduit

United Poly Systems produces quality HDPE pipe in diameters from ¾-in. to 26-in. IPS, 4-in. to 24-in. DIPS and ¾-in. to 2-in. CTS for use in many industries including renewables, power and communications, energy and water treatment. The market for HDPE pipe continues to expand as initiatives to improve, repair and expand the country’s infrastructure are implemented and the transition from fossil-based fuels to renewables continue.

Our off-the-shelf HDPE conduit/pipe is available in a variety of sizes, colors, dimensions and lengths, with or without stripes. United Poly also offers fully customizable HDPE conduit options. In addition, piping can be customized with a ribbed interior (to maximize the distance cable may be pulled or jetted), pull tape, or a lubricated interior (for easier installation).

Conveniently located in Springfield, Missouri and Albuquerque, New Mexico, United Poly Systems can provide quick delivery to a majority of the U.S. market. Our agile business model allows United Poly to quickly meet customers’ needs without the overhead expenses that are incurred by many of the larger producers in the industry.